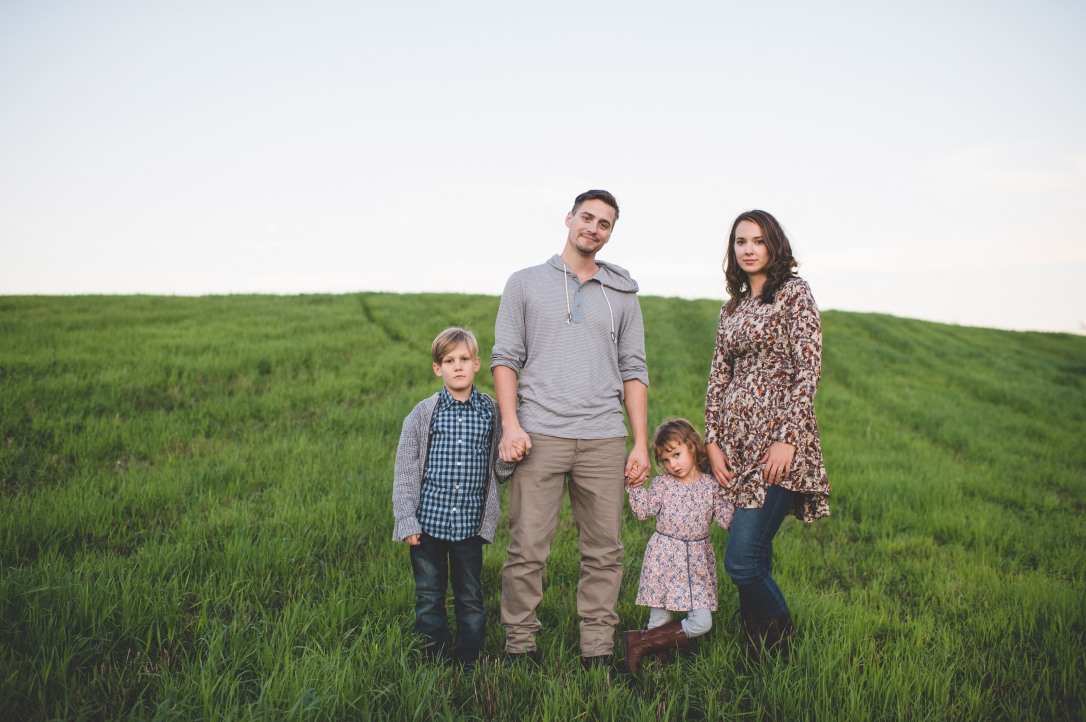 There once was a young couple living their best life with their four young children. Each spouse worked full time, trying to balance work, school, daycare, and sports for their two older kids, running every which way but loose. They were just doing the next thing, was it the next “best” thing? From their perspective, yes. Let’s find out.

Some time goes by, nothing changes in the lives of this young couple, except the fact that the children are growing by leaps and bounds, healthy and enjoying life. Although their work schedules haven’t changed, even in the busy, they enjoyed watching their sons on the baseball field, building friendships with the other players while they build friendships with the other parents. Practices during the week. Games on Saturdays. Younger siblings sitting under the shade tree, eating sunflower seeds and whatever else they can talk their Mommy’s into getting at the snack bar. Dad was now the President of the baseball league, after co-coaching his older son’t team for a few years. He was dedicated to the community, to the baseball league, and to the young players he coached. He was a rock star. The wife thought he was a rock star too, for a while.

Soon, for the young wife, something was amiss. Dad would put in his shift at work and then he would be off to practice with the older boys. Mom would finish her 8-to-5 sentence and pick up the girls and she would either go and watch baseball practice or go home to start dinner. After a while, she was lead to just go home with the girls. This husband, the rock star, would now give his free time on the weekend, when there was no game, no practice, to get the baseball fields ready for the season, even though it was a couple months away. Meanwhile, his wife would be home with the kids trying to manage the household chores, while trying to keep the little humans alive. Oh, but Dad, would take the boys with him to run around the fields, leaving only the girls with Mom, to reserve some of her sanity, or so he thought.

She started simply missing her husband, proud of him for his dedication, but soon, resentment would settle in. Loneliness seemed to keep her company, if you can consider that keeping company. Life was just crazy with both of them working and juggling everything else, there weren’t many moments for just the two of them. There weren’t many date nights. Then one Saturday, he announced he was going over to the school, as baseball season had just begun. This time, she spoke up. No argument. No fight. No attitude. She simply told him, “I’m lonely.” Now, there wasn’t much opportunity to talk this through since he was heading out the door. Certainly, they would make time to talk about it?

Have you felt this kind of lonely in your marriage? It used to be said that loneliness would only be felt when you were alone, but it was proved wrong. You can be in a room full of people or a house full of kids and a husband and still feel lonely. Loneliness brings feelings of sadness or unhappiness when one feels socially isolated. Lonely, when feeling left out. Lonely, because there is no connection. Lonely, when each partner is going in different directions rather than toward each other.

Life can bring some twists and turns, that’s for sure. Some may be for a baseball season, some may be all year long, or for years. The best way to get through these seasons as husband and wife is to communicate. Yes. Talk things out. Talk about them before committing to yet another activity. Give each other space to share your feelings and what the scenario will look like for your spouse. Communication and connection can fill the gaps where loneliness tries to squeeze in. And this doesn’t include those quick texts or emails. True communication happens when you can sit eye-to-eye and have conversation and connection without distraction.

This particular young couple did not know how to properly communicate. They did not know the proper way to talk things through when making plans and commitments. No one partner heard, “Do you mind if I…?” or “What will this look like for the rest of the family?” or “What do you think about Seth playing baseball?” They had the occasional phone call during the work day or the small talk before closing theirs eyes, in exhaustion, to sleep at night. There was no intimacy. No personal connection. No eye-to-eye connection.

If you haven’t figured it out already, this was my life some time ago, when our children were young. The married and parenting life does not come with a manual or “how-to” guide. At least we didn’t find one on our porch, in a wet plastic bag, like the phone book. We just did the next thing. It wasn’t until years later when we discovered that some things may not have been the next “best” thing.

So how do we combat loneliness in the busy and crazy seasons in life? In marriage? In the family? How can we make communication a priority, beyond the quick or small-talk-type conversations? I’ve noted a few things I’ve learned over the years to help you in your season.

You get the idea? You want to join something that takes you away on a Tuesday night every week? Your son wants to play baseball this Spring and sign-ups are going on for the next couple weeks? Sit down with your spouse and talk it through. What will this entail? How often will you be away? What does this look like for your spouse and the other children at home? Is it just for a season or will it be ongoing? When you talk about the what’s, the why’s, and the how’s, it gives an opportunity for both partners to be on board or to say the hard “This may not working during this season, honey,” because what do they say, “Teamwork makes the dream work, baby!”

The most important thing is to see what this will like for your marriage. I know, from personal experience, when you have little raptors everywhere and you’re getting them to and fro, there will be days when you feel you hardly even talk to each other. But, I encourage you to make this a priority. Put your marriage first. Put your spouse first. Check in with each other during the season. Do not let feelings build up, like the lava of a volcano, ready to erupt. If a marriage breaks down as a result of the “busy,” it can create stress, resentment, and loneliness, often making it difficult to climb back out of that state.

Oh, is this important. I know at times when Eric has tried to tell me something or present an idea to me, I’m already thinking of what I am going to say, how it will affect me or other members of the family, not even hearing what he is saying. This is where the beautiful communication is. The intimacy. The “put your partner first” scenario. Listen. Let them share their desires and/or feelings. Hold those other thoughts captive and give him/her your full attention. Consider their feelings. Now, remember, this goes both ways.

Yes, Junior will have fun playing baseball and making friends, and Dad will get to hang out with the other “Dad” coaches (I know, so cute, Dad-friends. And yes, at one time our son had 5 or 6 coaches. No joke.). But if this causes your spouse to come apart at the seams trying to keep everything else afloat, this can lead to what? Stress. Resentment. Loneliness. Anger. The list goes on. Listen to the sighs. Listen to the feelings or the deafening silence.

When Eric and I were young pups raising our young pups, we didn’t know the first thing about prayer or Jesus. We were married 10+ years before we came to know the Lord, and man, has it made a difference. Are we perfect at this? Heck no. My biggest encouragement to you is to pray. Pray with each other over your calendars, your marriage, and your kids. Pray over the seasons that may seem like they are going to be long. Pray for each other and with each other. This means praying at the beginning of the season and during the season. Knowing that your spouse has your back and the fact that he/she’s praying for you is the best thing ever! Why? Because prayer brings intimacy for you and your spouse.

Did Eric and I survive those years with the youngins and all the things our youngins were involved in? We did. And it was a lot. It took a few years for Eric to see what was happening with me, our marriage, and our family when he was serving with the baseball league. It took me a while to keep speaking up before the volcano erupted. He eventually resigned. He continued co-coaching our older son’s team until he eventually resigned from that too, realizing he was missing so much of the other kids’ activities. He wanted to be present for them too. He could see that it was time for him to just be “Dad” and “Husband.”

I am grateful for those early years, for the memories, the “growth opportunities” for me as an individual, our marriage, and our family. We still had other crazy seasons, but we learned how to talk, how to listen, and how to pray. We’ve learned how to be intentional when we feel that “something’s amiss” thing again. We’ve learned to sit down and check in with each other and to connect. We got through it. We survived, but friends, I don’t want you to just “get through it” or to “survive.” I pray you thrive, enjoy the adventure, the memories, and the fun in the dysfunction life’s twists and turns bring. Before you know it, you’ll blink, and those times will be over. Poof! I look back with fond memories, hardly remembering the stress, the resentment, and loneliness because we learned to TALK, to LISTEN, and to PRAY. AND YOU CAN TOO!

Eric and I may not have littles to run everywhere anymore but that doesn’t mean life doesn’t get crazy. These things apply even in our almost empty-nester life. Just the other day, I asked him if we can sit down and look at the calendar to make sure we’re on the same page with appointments, events, and such before the crazy comes. So, that’s what we’re gonna do. I’d rather have the easy, simple connection now than the feelings of resentment and loneliness later.

Hugging you so tight,

View all posts by tabuchnoff